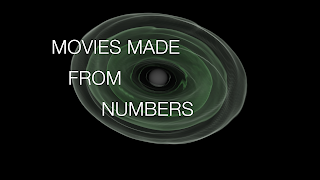 Episodes 6 and 7 of the multi-part Advanced LIGO Documentary Project have been released.

In Episode 6, "Movies Made from Numbers," LIGO scientists show how LIGO's spectacular animations of colliding black holes and neutron stars are based on LIGO data, not on aritsts' ideas of how the events might look. These scientific visualizations are movies made from the millions of numbers produced by super computers when they try to simulate and confirm an event using Einstein's complex equations of general relativity.

In Episode 7, "Stockholm," the film crew accompanies Kip Thorne, Rainer Weiss and Barry Barish during Nobel Week 2017, and the award ceremony on December 10. In the end piece, Barry talks about what affected him most deeply in Stockholm.

EPISODE 6 - LIGO: A DISCOVERY THAT SHOOK THE WORLD from aLIGO Documentary Project on Vimeo.

EPISODE 7 - LIGO: A DISCOVERY THAT SHOOK THE WORLD from aLIGO Documentary Project on Vimeo.

Episodes 4 and 5 | All episodes