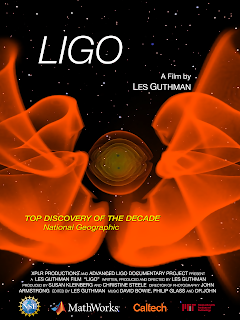 "LIGO", a documentary by Les Guthman, is the official selection at the 2021 Boston Film Festival. The documentary project began in 2015 and continued over the course of several years, with the crew documenting discoveries as they happened. The result was a feature documentary released in 2019.

A 9-part video series, "LIGO: A discovery that shook the world" is available at the LIGO Lab website.