Update 29 September 2021: Read "Extending LIGO's Reach into the Cosmos", a story on the Caltech website about how new mirror coatings will increase the volume of space LIGO can probe in its next run.

The ability of the gravitational-wave observatories to study the physics of large-scale events, such as the collision of black holes and neutron stars, is actually limited by physics at the microscopic scale. Specifically, the random molecular thermal motion in the laser interferometer mirrors generates a noise large enough to cover the faintest signals coming from the universe.

Research on improved amorphous materials to be used in higher performance mirrors has been going on for the last two decades, resulting only in marginal improvement with respect to the thermal noise of first-generation detectors.

Our results show that a novel material, a mixture of titanium oxide and germanium oxide, would allow reduction in the thermal noise coming from mirror coatings by a factor of two, the largest improvement ever measured, paving the way to the next generation of gravitational wave detectors.

These new mirror coatings, together with other planned upgrades, will nearly double the observatories’ reach, allowing probing a volume of the universe almost 8 times larger than what is possible today. We expect to be able to increase the detection rate of gravitational waves from once a week to once a day or more. 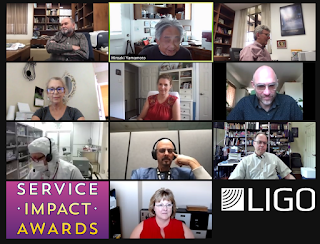