Episode 8 of the LIGO Documentary Released 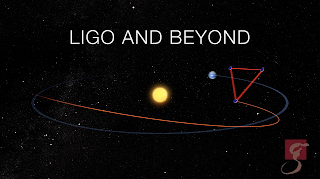 The final 8th episode of Les Guthman's documentary "LIGO: A Discovery that Shook the World", has been released.

This episode, titled "LIGO and Beyond," looks ahead to the future of gravitational wave discovery -- from cutting-edge enhancements to Advanced LIGO to new detectors planned in Europe and the U.S., such as space-based LISA project and future earth-based projects Cosmic Explorer and Einstein Telescope.

EPISODE 8 - LIGO: A DISCOVERY THAT SHOOK THE WORLD from aLIGO Documentary Project on Vimeo.