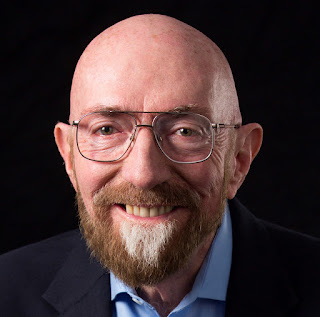 Kip S. Thorne, one of LIGO's co-founders and a co-recipient of the 2017 Nobel Prize in Physics, has been awarded the 2018 Lewis Thomas Prize, the Rockefeller University has announced. Established in 1993, the prize "strives to honor the memory and accomplishments of Lewis Thomas by recognizing outstanding individuals for their exceptional careers as scientists and writers, including their ability to evoke inspiration in others," according to its website. The award ceremony traditionally includes a public lecture by the awardee; Kip Thorne gave a lecture titled "Communicating Science through the Arts: The Big Bang, Black Holes, and Gravitational Waves" during the 2018 ceremony that took place on April 18 at the Rockefeller University in New York City.