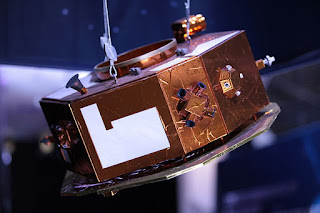 In an article released today, the LISA Pathfinder team has announced its success in demonstrating the key technologies that are needed to build a space-based gravitational wave detector.

LISA Pathfinder was launched in December 2015 as a proof-of-concept mission for a future space-based Laser Interferometer Space Antenna. Ahead of schedule, after only 2 months of operation, the instrument has exceeded the level of precision that would be required for a space-based gravitational wave detector. Even though the actual observatory is still many years away from completion, this success proves the feasibility of the space-based observatory, which is planned to be launched by 2034.