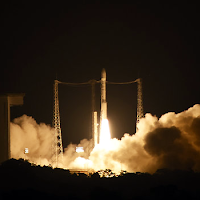 On December 2, 2015, European Space Agency's LISA Pathfinder was launched from a spaceport in French Guiana. 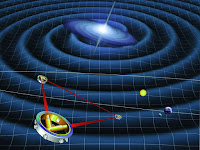 LISA Pathfinder will test the technology required to observe gravitational waves from space. It is a part of the future LISA mission. Unlike LIGO, which is earth-based, LISA (Laser Interferometer Space Antenna), a joint NASA-ESA project, seeks to build and run a gravitational wave detector based in space. LISA Pathfinder is a technology precursor mission, which will test the technology that's planned to be employed by the future LISA missions. The Pathfinder will use 2 identical test masses isolated from all external and internal forces except gravity. The masses will be free-falling in space, and their relative positions will be monitored with minute precision. Similar to LIGO's suspended test masses, a shift in their relative positions will signal a passing of a gravitational wave.